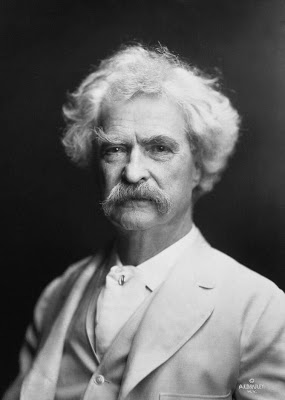 Oh, dear me, how unspeakably funny and owlishly idiotic and grotesque was that “plagiarism” farce! As if there was much of anything in any human utterance, oral or written, except plagiarism! The kernel, the soul—let us go further and say the substance, the bulk, the actual and valuable material of all human utterances—is plagiarism. For substantially all ideas are second-hand, consciously and unconsciously drawn from a million outside sources, and daily use by the garnerer with a pride and satisfaction born of the superstition that he originated them; whereas there is not a rag of originality about them anywhere except the little discoloration they get from his mental and moral calibre and his temperament, and which is revealed in characteristics of phrasing.

When a great orator makes a great speech you are listening to ten centuries and ten thousand men—but we call it his speech, and really some exceedingly small portion of it is his. But not enough to signify. It is merely a Waterloo. It is Wellington’s battle, in some degree, and we call it his; but there are others that contributed. It takes a thousand men to invent a telegraph, or a steam engine, or a phonograph, or a telephone or any other important thing—and the last man gets the credit and we forget the others. He added his little mite—that is all he did. These object lessons should teach us that ninety-nine parts of all things that proceed from the intellect are plagiarisms, pure and simple; and the lesson ought to make us modest. But nothing can do that.